How to Best Manage the Transfer of Athletes Between Coaches

The Ethics of Changing Coaches 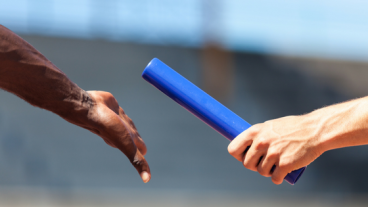 The transfer of athletes between coaches and/or training groups can be a delicate and sometimes emotional one for both the athlete/s and the coach/es affected. Therefore, any type of move between coaches requires careful consideration.

In an effort to maintain the dignity of everyone involved and avoid potential conflict that can be caused by such a move, the Australian Track & Field Coaches Association recommends that:

1. No coach or organisation should ever entice athletes from one squad to join theirs.

I encourage all young athletes and parents to be wary of coaches who, knowing that an athlete already has a coach, still approaches that athlete to join their squad. This attempted “poaching” of athletes is questionable conduct and is generally frowned upon by the coaching community.

2. Each coach should respect the work of others.

Athletes and parents should be wary of coaches who “put down” an athlete’s current coach or who indicate that they would be a better coach for the athlete.

In an excellent article Tips for Choosing a Coach, Grant Jenkins writes: “TIP: Don’t use a coach that slams other coaches. Great coaches are busy coaches, and busy coaches don’t have the time to bother themselves with gossip and put-downs.”

3. If a coach/athlete relationship comes to an end, the coach should endevour to ensure that the parting is conducted amicably and with dignity.

Coaches have to take a mature approach to this process. It must be athlete-centred, not coach-centred. A cooperative approach should be undertaken to ensure the best outcome for the athlete.

In saying this, I also  believe that parents and athletes have as much responsibility as the coach to ensure that the parting is done amicably and with dignity.

4. When an athlete/parent enters into discussions with another coach with a view to establishing a new coach-athlete relationship, the athlete/parent should advise the current coach of their intentions.

This is rarely done well, if at all. I understand how confronting and difficult it can be for athletes or parents to raise such a topic with a coach. It is often not the news that a coach wants to hear, but as a coach, I much prefer people to be upfront with such things. I really respect the openness and honesty it requires.

A coach’s reaction to such a discussion demonstrates a lot about their character. A poor coach reaction probably indicates that the athlete/parents are doing the right thing looking elsewhere for coaching.

5. It is incumbent on the new coach to ensure that the current coach is informed of the potential athlete transfer before entering into a relationship with the athlete.

The first question a coach should ask of an athlete or parent who is enquiring about their coaching services is: “Do you currently receive any coaching?” or “Do you currently have a coach?” If the answer is “Yes” the new coach must insist that the current coach is informed of the athlete’s intentions to seek coaching elsewhere.

When I have been in the situation of athletes/parents wanting to join my training group from another group, I have gone as far as contacting the current/former coach myself to make sure everything has been communicated to my satisfaction.

6. A transfer done amicably and ethically will leave all parties involved able to converse with each other without hostility.

A transfer done well should see everyone involved remain on good terms. There should be no lingering awkwardness, suspicion, antagonism or ill-feeling. Unfortunately this is not always the case. Using the above recommendations will go a long way towards preventing these problems and promoting a positive outcome for all.

What is your experience with the transfer of athletes between coaches?

I would love for you to share your experiences with this issue as an athlete, coach or parent. What worked well? What didn’t? Do you have any advice? Let me know by leaving a reply/comment or by using the below contact details.

Darren Wensor is a sports development professional, coach educator, specialist coach of young athletes and founder of the blog coachingyoungathletes.com. Learn more about him here and connect with him on Twitter, Facebook, Linkedin, Instagram, Anchor or via email.