3 Common Athletics Myths You Should Know

Be Aware of these 3 Myths When Coaching Young Athletes

Many myths and misconceptions surround the rules and coaching of athletics events. I don’t know where many of these have come from but some are now so ingrained that they have become “fact” and are widely accepted. I think it’s time that some of these myths were busted, so here we go….

MYTH 1: Young athletes should scramble off the high jump mats before the bar falls

Many people are under the impression that it is not a foul if an athlete knocks off the high jump bar and scrambles off the landing mats before the bar falls. This is wrong and there is no such rule. The IAAF ‘Athletics Competition Rules’ state:

“An athlete fails if:

(a) After a jump, the bar does not remain on the supports because of the action of the athlete whilst jumping . . . ”

Therefore, if the officials believe that it was the action of the athlete that dislodged the bar, it is a failed jump, even if the athlete is off the landing mats before the bar has fallen.

It is, in fact, probably unsafe to encourage kids to scramble off the bags after landing. Rushing off the mats risks the possibly of tripping, stumbling, slipping or falling and should be actively discouraged. 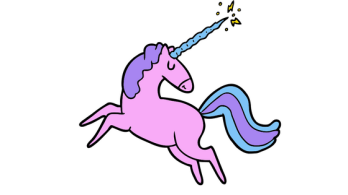 MYTH 2: Young athletes should use 3 warm-up swings in the discus

A prevailing idea is that an athlete should take three preliminary “warm-up” swings when throwing a discus.

There is certainly no rule that requires this and I can’t see any good reason to coach it.

In fact discus competitions would progress a LOT faster if athletes were encouraged NOT to take three preliminary swings. One preliminary swing at most should be used. In fact, I coach young athletes to swing the discus back and then release the discus on the subsequent forward swing. Three swings are not needed.

MYTH 3: The implement used in shot put is called a shot put

It is really common to hear people refer to the implement used in shot put as the shot put. (E.g. “Pick up the shot put”or “Make sure the shot put is against your neck”). This terminology is incorrect.

The implement is in fact called a shot.

The IAAF ‘Athletics Competition Rules’  refer to the implement as the “shot”. The action used to propel the shot is called a “put”, hence the event is called “shot put”, not the implement.

Do you know of any athletics-related myths?

If you have come across any other athletics-related myths or would like to ask a question about something that you suspect could be a myth, let me know by leaving a comment. I might discuss it in a future post.

3 More Athletics Myths You Should Know

Another 3 Athletics Myths You Should Know

3 Athletics Myths That May Surprise You

Subscribe for FREE to the Coaching Young Athletes newsletter HERE.

2 thoughts on “3 Common Athletics Myths You Should Know”